Up to five research cruises will occur throughout this project at regularly scheduled intervals. Fall 2017 was the first trip conducted to deploy ocean bottom-landers and collect ship-board data for ground-truthing, inter-calibration of lander data, and the examination of spatial and temporal patterns in ocean sound along with the distribution and abundance of biological organisms in the study region. 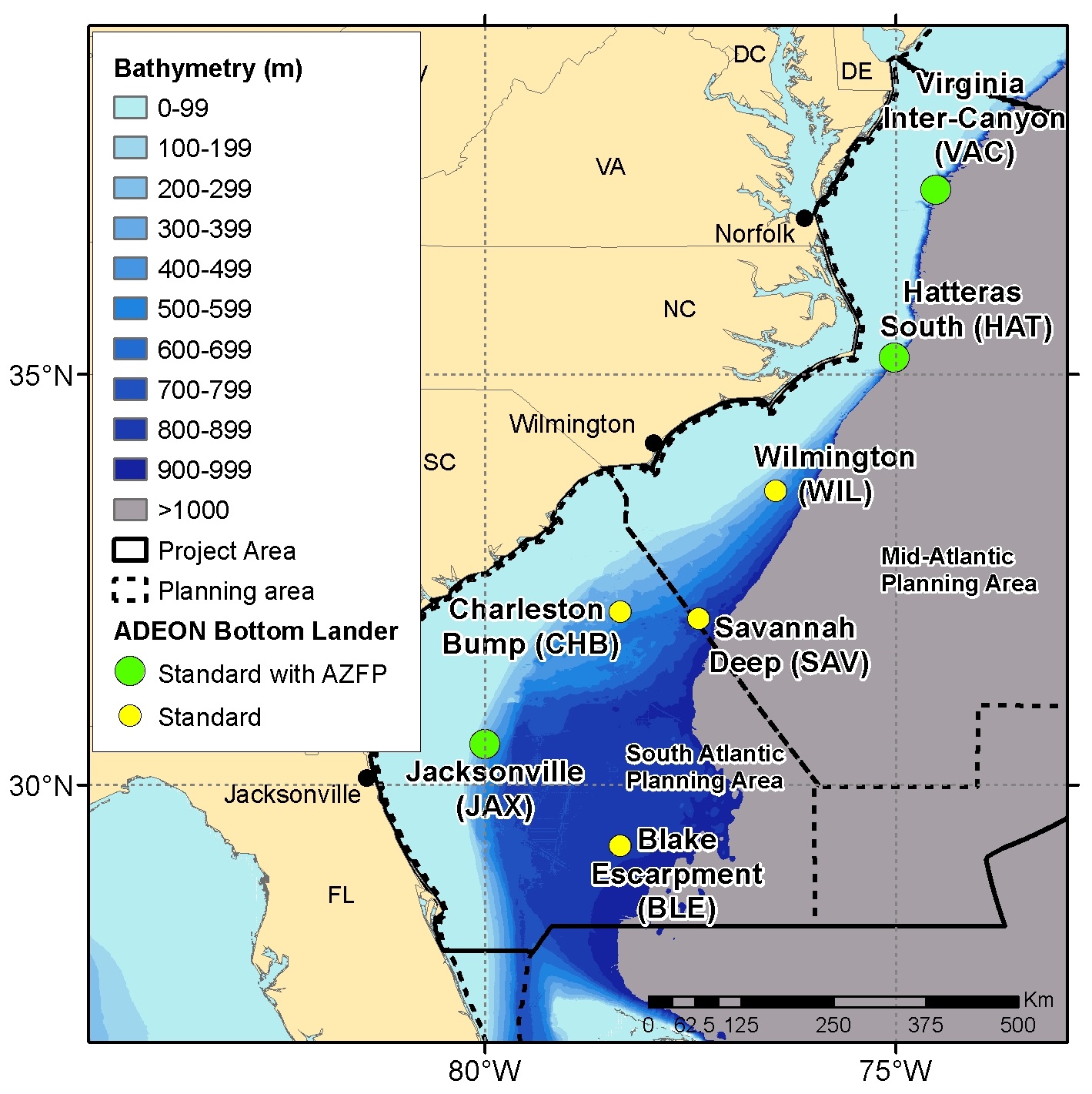 Below are visualizations of the bottom lander locations after deployment from the R/V Armstrong during our November 2017 ADEON network deployment cruise (reference 2017_AR25).  Please click on each visualization map below to view an enlarged version.